Want to Read
More?
We've got you Covered!

For Money & Country: Speculation, Profiteering & the Rideau Canal is a history book that does a critical, deep dive into the planning and building of the Rideau Canal. This is a story of land, speculation and profiteering, what the Crown could take, what industry could make and what settlers and workers could endure.

The Story Beyond The Pages

My journey researching and writing For Money and Country began with a simple desire to learn more about my home, the Rideau Canal and the surrounding region. In this process, I began rediscovering my passion for history; an affection that I had shared with my grandfather, a Canadian military historian, and father, an independent documentary filmmaker (The Fallen Feather). As this passion grew, I contemplated how I could share this information, in an engaging way, with others who might be similarly interested. Combining this history with my love of photography and videography, I began realizing that there was real power in blending these fields.

The research and presentation of this book opened my eyes to what was possible outside of the usual academic formulae that I had become so accustomed to in graduate school. I would be able to explore and rediscover the region I was reading and writing about, unshackled from my desk and typical line of thought. Discovering the hidden nooks of the Canal, far from its anchor cities of Kingston and Ottawa. I spent a summer tucked within its least known corners, a time traveller, enjoying a slow-moving season of nostalgia. From the heavy stonework of the locks to the silence of a still, forested river; you could allow yourself to fall back in time. Maybe, nothing had changed. Imagining how the Canal might have looked and felt when it was first constructed, almost 200 years prior, lent depth and understanding to my work and breathed fresh air into the big, demanding city, that I called home, at its northeastern end.

Ultimately, my goal was to shed light on and give voice to the individual characters that populated Eastern Ontario during the Canal’s construction, while acknowledging that many went undocumented. Recognizing that the antagonist was not necessarily the rugged country or harsh winters, but rather the often hidden, yet prowling elements of greed, power and money – fostered by a system that supported such exploitative activities. Or, specifically in the case of the Canal, rampant speculation and profiteering. At the same time, it also became clear that the central protagonist was not the larger-than-life characters, like John By. Once viewed in past historical interpretations, as having single-handedly sculpted the region, it became clear that the true protagonists of this story were the settlers, labourers and Indigenous groups.

This book embodies the challenge of a new generation of historians hoping to contribute to an ancient study, in a modern way. Developing new ways of reaching and engaging with wide audiences. One where research takes you on an adventure – out your front door, exploring the topic on foot, by car or boat. Whatever means necessary to live, breath and engage with history. I believe the connections made in this book, between money and country, and the role it played in the building of the Rideau Canal and Canada, to be novel. And it is my sincere hope that I will have made an impact on the state of history books, while advancing the goal of making accessible the often-inaccessible history that surrounds us. 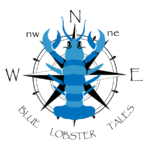 Want to Help Us Out?